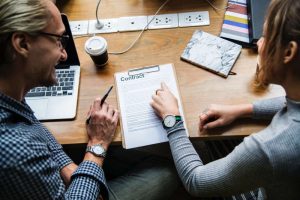 The employment contract and its registration

It is necessary to stipulate a written employment contract?

Is it necessary to register each employment contract?

After that, it is necessary to make other registrations?

What kind of CBAs are applicable?

Is the application of a CBA mandatory?

Is the application of a CBA advisable?

What is a secondment (posting of workers)?

A posted worker is an employee who remains under the contract with the mother Company abroad and comes to Italy to perform for a limited period of time a working activity on behalf of his/her Company.

The duration of the posting must be limited. Under certain conditions, the employer and the employee will keep their home social security system and duties.

The rules are different for EU and non-EU companies; and if Italy and the Company’s home country have stipulated agreements for social security exchange.

Is there any difference between big or small employers?

We will consider – roughly – as a «big employer» the one who has:

In the first case, the rules for big employers are applied only to the business unit (and not, for example, to the other business unit far from the first which hires four employees); in the second case, the employer will always be considered as «big».

We will consider as «small employers» the other ones.

The Executives have a special regulation and a specific CBA, different from the other employees. This memo focuses on non-executive employees.

The CBAs usually splits the non-executives employees in «levels» (6-8 depending on the CBA). Each level describes a kind of duties (from the cleaning staff up to the top level employees).

What is the maximum probationary period allowed by law?

The law provides as follows:

The CBA, where applied, provides for a range starting with 45 days for lower level employees up to 6 months for top level ones.

What is the notice in case of withdrawal from the employment relationship during the trial period?

Each party may terminate the employment relationship at any time, without notice.

Hiring of workers through fixed-terms contracts

Are fixed-term contacts prohibited for specific duties or employees?

No, they can be stipulated for any kind of duty.

What is the maximum duration of a single fixed-term contract, including any prorogue or renewals?

It’s 24 months. After this period, a fixed-term worker acquires the right to a permanent position in the same firm.

Is there a minimum duration for a single contract?

How many times can be prorogued a single fixed-term contract?

Any contract – if shorter than 24 months – can be renewed; it can also be prorogued up to 4 times. If the number of prorogations is higher, the worker acquires the right to a permanent position in the same firm.

Any renewal must be provided with one of the justification provided for by the law (see before).

Should the Company respect a notice period at the end of the contract?

Are there any prohibitions to the stipulation of a fixed-terms contract?

Has a company to respect a limit on hiring by fixed-term contracts?

In the business units with up to 15 employees, 4 fixed-term contracts are allowed.

The percentage limits do not concern:

Does the law mandate additional compensation for overtime hours worked by an employee on a temporary contract?

Yes, it does: as overtime work.

Is it allowed to switch from part-time to full-time and vice versa?

Yes, if both parties agree.

What is the specific character of the part-time work?

The working hours of part-timers are restricted to the working time provided for by the contract and can be changed by the employer, only within the limits of the «clausole elastiche» o delle «clausole flessibili».

They are provisions of the individual contract – under the limits and conditions of the CBA – which allow the employer to change the extent or the temporal collocation of the working time.

Can the employer request additional work?

Yes, within limits. It is called «lavoro supplementare» and must be rewarded with an additional wage.

What is the wage premium for the italian «lavoro supplementare»?

What is a job on call?

It is an employment contract in which the worker is available for a certain period in the day, the week, etc.

The employee will work (and will get the salary) only if the employer calls him/her to work.

There are two types of job on call contract:

Are set forth limits to the stipulation of a job on call contract?

In any case, the use of the job on call contract is allowed, for each worker with the same employer, for a maximum period of 400 days of effective work, in a period of 3 years. In case of exceeding this period, the employee will be entitled to a full-time and permanent employment contract.

Are there any prohibitions to the stipulation of a job on call contract?

Must the employer notify or consult a third party?

The employer must just notify the duration of the performance to the public bodies, by «sms» or e-mail;

The employer must annually inform trades unions about the use of the job on call contract.

What are the minimum wages for employees as of 1st March 2018 according with the CBA?

As follows, roughly (Euro gross per month for 14 monthly instalments per year):

It is a part of the salary which is accrued all along the employment contract and paid on at its termination (except for special reasons).

The TFR is roughly equal to 7,41% of the yearly salary.

Cost of the work

What is the cost of the salary?

The total cost that an employer has to pay with regard to its employees. It is composed by remuneration, contributions and other subsidiary costs charged to the employer.

How does we calculate the cost of the salary?

Basically the cost of the salary is calculated adding:

Incentives and reductions of the employment costs

Are there reductions of the costs of the salary?

How many hours are there in a standard working week?

What is the maximum number of hours (including overtime) allowed in a workweek?

48 hours, for each seven-day period. The average duration of the working time must be calculated with reference to a period not exceeding 4 months. The CBA may provide a longer period up to six months or up to twelve months for objective reasons, related to the organization of work.

What is the maximum number of working days allowed in a workweek?

Six days. This amount can be calculated as an average on 14 days. Therefore, the employee must have one day off for each work week, on an average period of two weeks.

Is there a legally designated weekly day of rest (i.e. a customary weekly holiday)?

Usually Sunday, but this is not mandatory.

What are, if any, the restrictions on overtime work (i.e. limitation in number of hours of overtime, restrictions applying to certain categories of workers, etc.)?

What is the wage premium for overtime?

According with the CBA:

What is «night work»?

Can women work the same night hours as men?

What are, if any, the restrictions on the night work?

What is the wage premium for night work?

It’s an increase of 15% of the gross salary.

What is the mandatory paid annual leave for an employee?

The law provides that the employee is entitled to an annual period of paid leave not lower than 4 weeks.

The CBA increases the annual leave to 26 working days, to be calculated on a work week of six days.

What is the mandatory minimum length of paid maternity leave?

What is the wages during the maternity leave?

The Governments pays roughly the 80% of the normal salary.

The CBA provides that the employer to pay the difference as to reach 100% of the pay.

The employee will receive a pay during sick leaves?

Yes. A part of it is borne by the Government («INPS»), as follows:

Is it legal for an employer to terminate the contract of an employee on the basis of redundancy only?

If a company with more than 15 employees decides to lay off at least 5 workers within 120 days it’s a collective lay off, subject to a specific proceeding involving trade unions.

Otherwise, the company can proceed with an individual dismissal for redundancy.

Must the employer notify or consult a third party before dismissing one redundant employee?

Yes, but only for big employers.

The individual dismissal must be preceded by a communication to the public body and a short proceeding aimed to reach an agreement among the parties. If there is no agreement the dismissal can be performed as well.

Must the employer obtain the approval of a third party in order to dismiss one or more redundant employees?

What is the length of the notice period that an employer must provide before making an employee redundant?

According with the CBA, the notice periods are calculated in calendar days, starting from the first and the sixteenth day of each month.

The notice periods are the following:

Assuming that an employee is made redundant after one year of employment, would he automatically be eligible for unemployment protection and receive unemployment benefits?

Yes, he would: but under certain conditions.

The main protection is called «Naspi».

The Naspi is granted to the employee when he/she: